NEC XON summit explores how Industry 4.0 can be Africa’s hero 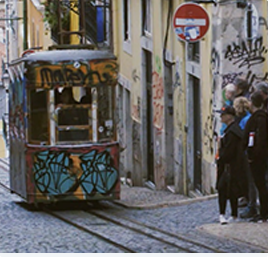 The summit traditionally attracts 300 to 400 invitation-only delegates from the continent’s largest and most respected organisations, which includes large Mobile Operators, Enterprises, ISP’s, Public sector and Cross Border Fibre Wholesale Carriers which traverses across Sub Sharan Africa and include the Indian Ocean Islands.

“Industry 4.0 levels the playing field and eliminates barriers to entry,” says Carel Coetzee, CEO of NEC XON. “That’s exactly what Africa is looking for as we increasingly collaboratively, through various trade and other regional agreements, overcome inhibitors to growth, prosperity, and greater equality.” 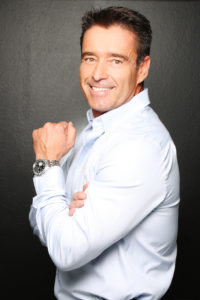 Craig Wing will address the impact of technology on employment versus the organisational benefits it delivers.

“Craig is a visionary futurist who weaves a tapestry of thought through the youth bulge in African demographics, and the impact living longer has on employment,” says Mark Harris, CMO of NEC XON. “His delivery goes into how much of Africa remains agrarian, must still industrialise and how that affects the adoption of game changing Industry 4.0 innovations.”

Stafford Masie is the technology futurist, entrepreneur, and payment device inventor with more than 20 years of experience in the IT industry. His topic, Digital Clash of Civilisations and the New Industrial Revolution, covers the evolution of humanity in the context of today’s technology changes.

“Stafford maps the present trends and outlines frameworks that will help establish immediate future scenarios,” says Harris. “Technology is impacting us all tectonically, and Stafford will surface the lessons as well as where to go from here.” Walter Lee is head of the Innovation Management Office, Global Safety Division of NEC, which is responsible for incubating global innovative solutions for smart and safer cities. Lee was the VP and head of IDC Consulting Asia-Pacific, the VP and head of e-Commerce at Singapore Airlines, and country manager at IBM Singapore for the government and education industries. He will discuss, “Riding the wave of disruption in 4.0”.

Chief among the demonstrations at this year’s summit will be the facial recognition technology linked to an artificial intelligence (AI) platform being used by governments and organisations for safety and security. The same platform connects any number of Internet of Things (IoT) devices and sensors, from space to subterranean, to gather relevant data for emergency and other services.

Cybersecurity must form part of a proactive and holistically inclusive strategy that also accounts for the predicted 25 billion IoT devices by 2020, increasing focus on endpoint security generally, and real time security monitoring coupled to preventative activities including predictive analytics. These incorporate a growing urban population, the effects they have on cities, the services they provide, and how they provide them, as well as the safety and security so increasingly paramount in modern metropolitan centres.

Security in the era of the Fourth Industrial Revolution, which connects cyber systems to the physical world via a variety of channels including social and IoT, will be a recurring and substantial theme.

NEC XON has partnered with Mimecast Limited to complete its turnkey cybersecurity offering to South African organisations with secure email platform, integration, and managed cybersecurity services. Mimecast is recognised by analysts and customers as one of the...

There is a reason SPAR Group’s wholesale turnover for the core food business grew by R5 billion from 2019 to 2020. Besides SPAR’s brand power, store owners like Tertius Nortje quietly move the needle forward based on their everyday, real-life challenges. And customers...